The DARE Conference is a two-day conference organised by YouthHubAfrica which seeks to bring together over 500 young Africans under the theme: ‘Expanding Margins’ to discuss and benefit from the practical experience of other youth speakers and artists who will share personal life experiences, success stories as well as their vision regarding an end to Sexual and Gender-Based Violence Against women and girls in Nigeria and Africa at large. 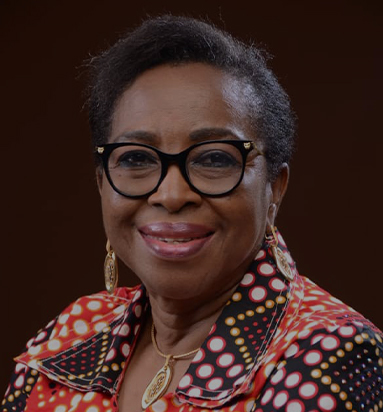 Born in 1951, Chinwe Florence Onyeagom Ezenwa (Mrs.) is a Chartered Librarian, having graduated from Concordia University, Montreal, Canada with B.A. Degree in Library Science in 1979. She proceeded to Enugu State University of Technology, where she acquired an M.B.A in Marketing. She started her career with the Montreal Star Publishing Company, Canada from 1979 to 1980 after completing her National Youth Service (NYSC) with the National Assembly, where she established the Law Library. She diligently served Nigeria for 35 years as a civil servant in the following positions: She was Senior Librarian in the State House Lagos from 1982 to 1985 and thereafter worked with the Federal Ministry of Education as the Principal Librarian between 1985 and 1987. By 1990, she had risen to the position of Chief Librarian and later Assistant Director in the same Ministry by 1995. As Assistant Director in the Ministry of Education, she also worked as Personal Assistant to the Honourable Minister of State in the Ministry of Education from 1997 to 1998. From 1998 to 2002 she worked in the Ministry of Agriculture, first as Assistant Director, Library Services and then as Admin, Rural Development. She then proceeded to Police Service Commission in the Personnel Management Department and SERVICOM Unit, respectively as Deputy Director from 2002 to June, 2006. She was posted on special assignment to the Presidency in the office of the Senior Special Assistant to the President on Millennium Development Goals (MDGs) between June, 2006 and December, 2007 to establish the operations of the UN MDGs scheme for Nigeria. Mrs. Ezenwa resumed at the Federal Ministry of Transportation in March, 2008 as Deputy Director where she set up the Shipping Development Management Division in the Ministry before her appointment as Acting Managing Director/CEO of National Inland Waterways Authority (NIWA.) in January, 2009. In July 2009, she came back to the Federal Ministry of Transportation and worked as Director, Maritime (Coastal and Port Administration) from where she retired in 2011, after also serving as Board member of Nigerian Maritime Administration and Safety Agency (NIMASA.) Presently, apart from her entrepreneurship drives, Mrs. Ezenwa is also the Chief Promoter of Oceanserve & Logistics Limited, a human and resource development company in Nigeria. She is founder of Maritime Advocacy Foundation and also belongs to many professional bodies in entrepreneurship, maritime and logistics. Mrs. Ezenwa became a member of the Board of Brittania-U in 2011. She is the founder of Lelook Bag Academy an institutional designed for vocation specific training in the art of Bag making. She is a passionate advocate for Youth Inclusivity in Governance.

Previous Next
Close
Test Caption
Test Description goes like this